How Much STUFF Do You Need?

This past Saturday we moved our oldest son into his freshman dorm at UW-Milwaukee.  I won’t get all “Mom” here about the transition of my first baby actually not living at home full time though.  Instead, this post is focusing on “stuff” and what we need to be successful.

As I watched the college newbies move into their dorms it was amazing how much STUFF was moving in with them!  Our son is a minimalist, he finds that more stuff means more distraction and things to keep track of.  He keeps his stuff light and figures that will be okay.

Of course these past weeks I kept pushing more stuff on him…you’re going to need THIS, and you really are going to need THAT I told him.  But he stuck to his guns on not needing too much to clutter his room, and off we went.

The move-in process was so efficient – it helped that we only had one kart full of stuff (with him carrying the all-important Xbox 🙂 ).  When we got to his room, I was shocked at how small it seemed – but because Kevin didn’t have a lot of STUFF it didn’t matter!  It took us about 30 minutes to get him settled in – and he had PLENTY of what he needed.

Then we saw other student’s rooms – they were packed with stuff!  I couldn’t believe it – 4-5 karts worth of stuff and every square inch of the dorm room full.  I started to panic…I knew it!  He really did need more stuff! How can he be successful without all of the things everyone else has?

Kevin assured me he will be fine and said he will let me know if he decides he needs more.  He ran through the list of what was really necessary – bedding, a food card, a TV with Xbox, some clothes, his bathing items, school supplies, and his laptop.  Was that enough I kept thinking?  “I don’t NEED anything else!” he once again told me. 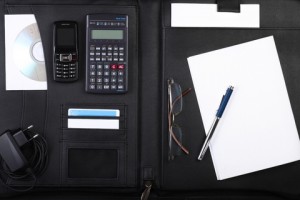 That’s what got me thinking…So many times I hear professionals complain about not having the right  tools, resources, money, lead lists, database, etc. etc. etc.  Let’s just call all of those items STUFF!  They want stuff, they NEED stuff, they would be so much more successful if they just HAD more stuff!  But is that true?  Does more of everything help you be successful?  Or does it clutter your mind and your space and keep you from higher levels of success?

The real question is…what is the stuff you really NEED to be successful?  Leave a comment and I will compile a list.

p.s. Time will tell with Kevin – but 48+ hours plus later, he says he still doesn’t need any more STUFF (and that he’d like me to stop asking 🙂