Sometimes Being in Sales Sucks

I can’t believe I am using the word ‘sucks’ in a title. Last week I cringed when my son used the same word in his first letter written from Marine Boot Camp (imagine how much of boot camp really is awful, so I forgave him quickly). But the word fits today. 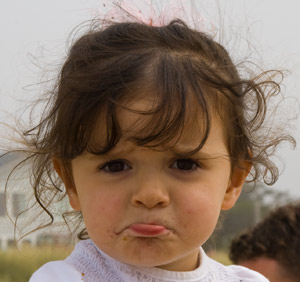 You see, as much as I write about sales best practices and what works, sometimes things don’t work out, do they? Then we get the rejection or feedback that stings.

That’s when we need our emotional intelligence strength to get out there and ask for more. That isn’t easy.

After a productive day yesterday with unexpected success, my day abruptly turned south in the last 15 minutes with a phone call from a long-term client. She had to deliver the news that after 3 years of delivering training to her team, the new upper level leaders were no longer interested in using our training. Even though the results were overwhelming positive and 99% of the people who worked through the course recommend it, they wanted something “different.” No discussion, she could not get a meeting scheduled, they were just moving on.

While I am licking my ego, I especially feel bad for her. She was the one who brought me in, who was excited about the results, and couldn’t wait to roll it out further. She feels like a failure and that she let me down.

What does that mean for me? That I failed her? I don’t want her to feel bad. I could have done some things different months ago, but I was caught up in a project that had me working double time already!

While I feel bad, I also realize that forcing something at this point is not worthwhile. The amount of energy to work with the new leader is more than the residual profitability from the relationship. He is a tough cookie–inflexible and not collaborative. Not the client I am successful with. I would probably have to ‘fire’ him at some point in the future. He just beat me to it…and that doesn’t feel good.

So, I let myself groan, made some notes for the future, am being a ‘big girl’ by writing a very nice closing letter, and moving on today.

This failure or rejection will not define me or the rest of my day or week. I’ve got too much good to share and too many good people to serve to let this slow me down.

How about you? When is the last time you realized that sometimes being in Sales Sucks?