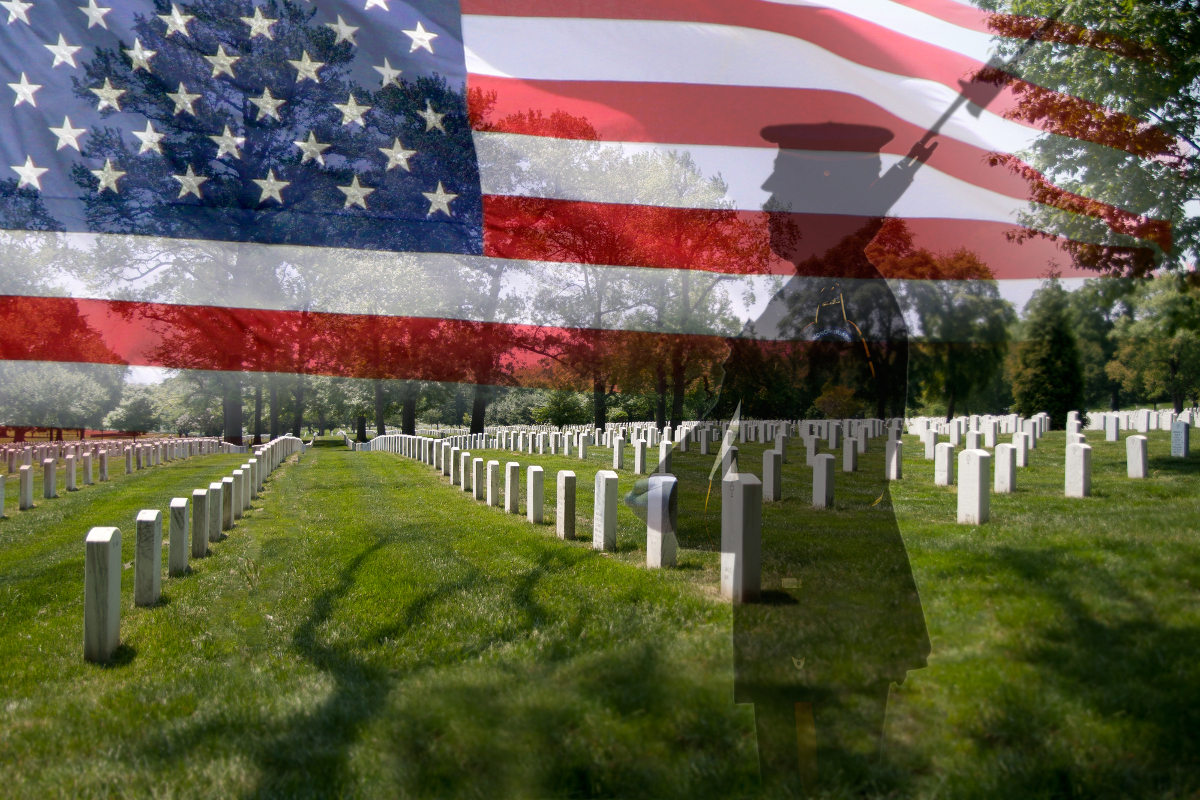 A holiday weekend is ahead…and I often forget it’s not about weekend barbeques or the “official” start of summer in the Midwest… nope, it’s about our freedom.

And while many of us aren’t feeling very free during our times of COVID, we are free in the ways that really matter.

I wrote a post in 2009 about Memorial Day. Never could I have known what would transpire with this post 10 years later.

In the post I mentioned a great uncle who lost his life in battle in 1944. This post ended up being the link to a fabulous organization, the Marine Raiders, and their volunteers — Bruce Burlingham in our case — finding me, a relative of Bruno, to return his dog tags to our family. Here’s a link to the news story about us surprising my great aunt Amy with the tag.

Never could I have known that 5 years ago a nephew of someone whose life was saved by Bruno would send a note because he saw the post.

Never could I have known that my own son, Jackson, would enlist and serve as a US Marine for 5 years. Thankfully, he returned home safely.

Never could I have known how virtual we would become in our communications 10 short years later.

Never could I have known that we would have so many other types of heroes rightfully being heralded – from our medical workers to delivery people, truck drivers, and grocery store workers. While I appreciate all they do, this holiday is not about them, it’s about the “original” heroes, our veterans who made the ultimate sacrifice.

So, please read the post below and this weekend 3 p.m. on Monday, pause and remember the heroes.

Do you know why we observe Memorial Day in the United States? I wasn’t sure anymore…it seems to be about an extra day off of work, the start of summer and something American and the military. When I don’t know something, I research. And I found that the holiday is so much more than backyard cookouts, and I am embarrassed that I forgot the significance.

The first Memorial Day was observed on May 30, 1868. As a day to observe fallen soldiers – those who died in our nation’s service. It included a focus on decorating the graves of those soldiers. In 1970 a bill was passed to move the date to the last Monday in May (to make it a 3-day weekend for Federal holidays).

Now there are some purists trying to get it moved back to the May 30th date permanently.

Okay – what does Memorial Day have to do in a blog about sales success? Not much. But as an American business owner who has freedom and liberties I enjoy because of many fallen soldiers, I believe we should all follow the National Moment of Rememberance.

At 3 p.m. (your local time) stop what you are doing and reflect on those who have been willing to lay down their life for others. If you missed 3 p.m. on May 25th, take that moment now.

I also want to take the time to honor a couple of soldiers…In 2004, a leader I know had a knock at her family door. It was the military informing her husband that his son (her stepson), Cpl Richard Warner, a U.S. Marine, had been killed in Iraq. In 1944, my relatives had the same knock to find my great uncle Bruno Oribiletti had lost his life in World War II.

It hits home…whether you agree with war or not…people sacrifice for others, families are changed forever, and they deserve all of us to remember what Memorial Day is about.

Take that moment to remember this afternoon. They all deserve it.