These last few weeks have been great for prospecting.  People seem to feel ‘they’ve made it through 2009’ and are looking for ways to advance their business in 2010.  Our ongoing nurturing all year is now paying off with callbacks, appointments and commitments.  Yeah!

One of the sales calls I had a few weeks ago, I’d like to repeat over and over and over.  Why?  Because the prospect was looking for ONE specific service and by the end of our conversation we were discussing multiple.  In dissecting why the call went so well (a good practice so we can repeat those actions that worked), I found that I had: 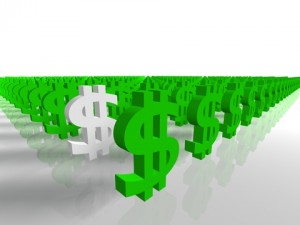 It was a lot of effort to keep to task.  And it was one of those situations where I hadn’t time to prepare – he called me out of the blue.  But I had just been preparing for another meeting and quickly pulled my list of questions out.  I also have a list of questions that I can quickly adjust on the spot to a situation such as this.

I’m sure you’ve had some of these ‘magical sales moments’ too.  What did you learn from them?  Making the time to dissect and extract WHAT and HOW happened, will help you repeat it again the next time.

Now to continue making calls today and follow the six actions above.

Hope your day is productive too!

P.S.  Yes, he did accept the recommendation – which was a 75% higher sale than the original request 🙂