Who is Responsible? Everybody, Somebody, Anybody, or Nobody?

In today’s economy, it’s becoming increasingly easy to blame our lack of success on something other than our own actions.  While the economy certainly impacts sales activity, it’s not an excuse for failing to do those activities that made us successful in the first place.

When your day isn’t going right, when your sales aren’t where you want them to be, when the project you’re working on isn’t working … Who do you hold responsible? 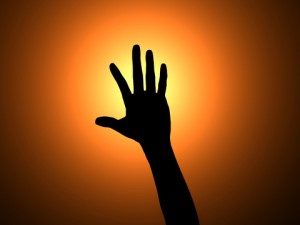 It’s human nature to blame circumstances or other people for many things.  Today, instead of complaining about something that isn’t working, consciously ask yourself, “What action can I take to make it better?”  It will keep you from the trap explained in the Parable of Responsibility.

The Parable of Responsibility

Everybody, Somebody, Anybody, and Nobody were members of a group.

There was an important job to do and Everybody was asked to do it.

Everybody was sure that Somebody would do it.

Anybody would have done it, but Nobody did it.

Somebody got angry because it was Everybody’s job.

It ended up that Everybody, blamed Somebody, when Nobody did, what Anybody could have done.

Unknown author of condensed version of Charles Osgood’s – A Poem About Responsibility.

Today’s post is by Lynn Zimmer of the Sales Pro Insider team.