The Chain of Productivity and Sales Success

How can Jerry Seinfeld help us sell more?  This guest post by Lynn Zimmer of the Sales Pro Insider team shares this tip on building habits (Seinfeld lovers will appreciate this): 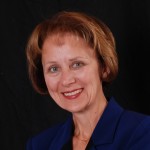 Years ago when Seinfeld was a new television show and Jerry Seinfeld a touring comic, he shared one of his success habits during an interview.

Using a big wall calendar (whole year at a glance) hanging on a prominent wall that he saw daily, he put a big red X over the day when he completed his task of writing.

“After a few days you’ll have a chain. Just keep at it and the chain will grow longer every day. You’ll like seeing that chain, especially when you get a few weeks under your belt. Your only job next is to not break the chain.”

“Don’t break the chain,” he repeated.

Daily action builds habits. It is consistent daily actions that build extraordinary outcomes.  Seinfeld understands that daily action yields greater benefits than sitting down and trying to knock out 1000 jokes in one day.

How does this relate to your sales success?  Determine what action would make the most profound impact on your sales if you worked it every day.  Then take that action and mark your first big red X on your Seinfeld calendar today.  Continue taking that action each day, and as Jerry Seinfeld says:

Thanks Lynn – if we identify the actions that will move us forward and follow this process, we will sell more!  After all, Jerry had huge success with his “show about nothing.”