The One BIG Thing Most Sales Leaders Skip 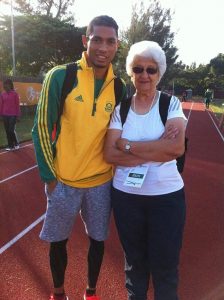 As a sales leader, business owner, or company executive, you’re busy. With this busy-ness it’s easy to stop, or never start, making time for the one thing that will really build your business… building your people.

The one big thing most sales leaders skip is effective coaching. Research shows 50% of a manager’s time should be spent coaching their salespeople. Another study notes sales goals exceeded by 7%, revenue by 25%, and close rates by 70% when each rep received at least three hours of coaching per month.

Three hours a month per rep or 50% of a manager’s time sounds like a lot of time, doesn’t it?  But, that’s what it takes to keep your people engaged, performing at peak, sales growing, and your company moving forward.

Too many leaders buy into this belief and therefore suffer lost sales, lost business, and, in the end, lost sleep because of it!

Think about the best performers. Whether in business or athletics, they know how important a good coach is to their success.

The Olympics are ripe with examples of the power of a coach. Case in point: South Africa’s Wayde van Niekerk who won gold in the 400m race. His secret weapon is his coach and an unlikely coach at that, 74-year-old grandmother, Ans Botha.

Ans Botha is an effective coach who understands the power of being there for her athletes as well as paying attention to everything. She is quoted as saying:

“It’s very important for me to be there every day with Wayde or any of my other athletes to see every day if there is a problem,” she said, adding, “I have to read my athlete. I have to read his mind and read his body and listen to what his body tells me. I think I have the ability to know my athlete inside out.”

This type of coaching not only won South Africa the gold medal, but Wayde van Niekerk won in world record setting time.

It seems as if too many leaders shy away from getting to know their people inside out. They think it is too intrusive, none of their business, or they are uncomfortable with what they might hear. I’ve heard the lack of coaching the whole person from a manager excused away with “I’m not a therapist” more than once.

Not All Coaching Is Effective

Maybe not, but coaching focused on the sales rep and based in questions followed by insight, expectations, and accountabilities is not therapy. It’s good business sense.

Coaching focused on your outcomes, what you want them to do, is very “tell” oriented with lots of personal war stories, and accounts and activities as the topics is simply not as effective.

Like Ms. Botha stated, she needs to be there every day and know her athletes; you too need to be coaching every day to know your sellers. Coaching conversations don’t need to be a formal sit-down hour long conversation. “In the moment” coaching opportunities present themselves when a rep asks a question and you allow them to work through the problem, versus giving them the answer work well.

That’s why leader’s must make the time to coach. Field rides, joint sales conversations, listening to recorded calls, situation specific debriefs, and monthly goal reviews, all focused on the rep, make up the whole coaching package.

Every person on your team has a higher probability of performing at peak performance when you stop skipping coaching and really begin to build your people.

Two Opportunities to Grow Your Business!

Genuine Sales begins October 18th. Details here. Or call me to discuss your situation and whether this course will be beneficial to you or your team 414.235.3064

Special Sales Leader Summit in Boston on September 21, 2016. Be my guest with FREE code: NancyBleeke

How do you strengthen this "Will" among your sales associates? How does the lack of drive impact your daily life? I discussed this and so much more on a recent virtual training event you can access below. It's valuable information for any business leader who needs to maximize performance of their people to grow their company.