A Leadership Lesson from Superbowl XLIX: How to Be Accountable for a Bad Call

Sports events often provide some of the best lessons for life, sales, and leadership. Superbowl XLIX gave us a great one. 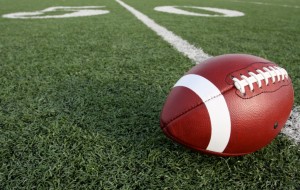 While my beloved boys, the Green Bay Packers, were not playing in the game and I watched mostly for the commercials and to spend time with my husband and 23 year old son, I’m so glad I saw those final minutes and the final Seattle attempt!

You know which one I’m referencing: where Pete Carroll, coach of the Seahawks, made one of the worst calls at the end zone. A play that cost his team the game.

As leaders we make ‘calls’ all the time. A call about where people should spend their time, on deals and profit margins, on hiring, accounts, and policy. And sometimes those calls, though well intended, don’t produce what we thought she would (like an interception instead of a touchdown).

It’s what we do after that call tells our team who we really are.

That’s why I watched and listened with great interest Pete Carroll’s comments after the game.

And while some of his players let their emotions and frustration get the better of them, (who didn’t in some way really love the brawl at the end? I know I’ve felt like that toward my competitors in the past) Pete Carroll showed accountability for his decision:

Good for him. His players, during their months of off season, know that when they return to play they are playing for a leader who takes responsibility for his actions.

So, leaders, know this: your people watch and listen carefully. They observe what you do when:

What you do when the bad calls happen matters. Take responsibility, look for ways to recover if possible, and model how you want them to react when in the same situation.

Fortunately, you don’t have to wait months for another try in the new season like Pete does.