It’s a Matter of Perspective – Theirs Matters

Have you ever tried to have a conversation with someone and you could tell they just weren’t ‘getting it’?  That no matter how hard you tried to explain yourself, the message was not getting through?  Well, it may be a matter of perspective that kept the message from getting through.

Recently I spent five hours in the car as the driver. My passengers passed the time playing a game called Catch Phrase. In this game, one player has a word or phrase that they  describe for the other person on their team to guess correctly. It was fascinating being a listener and not a contributor to the challenges the teams were having!  And it struck me – some teams were having an easier time because their age, frame of reference and language were more similar to each other than the other team!

The communication of word choices and reference points (TV shows for example) was easier for the teammates who were more alike! 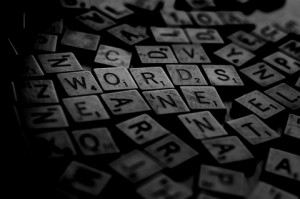 Isn’t it like that in sales? Sometimes its like we speak a language different than our prospects or clients. The more different our perspectives, the more challenging the conversation and potential for a sale!

I’ve worked with highly educated people in companies like Motorola, CVS Caremark, RW Baird and MassMutual who really KNOW their stuff!  The problem is in translating what they know and how to ‘talk’ it with people who don’t know the terms, acronyms and ‘language’.  Sometimes our expertise and lingo are barriers!

Your ability to explain what you (and your product/service) can do FOR them is extremely important. THEIR perspective is what matters.  Focusing on the WiifT (What’s in it for THEM) makes sales.

Sounds easy, doesn’t it?  It isn’t.  It takes time and energy to ‘walk in their shoes’, research their business and industry and then translate your language to theirs. And it will be worth it when the conversation is easier for THEM and they are wiling to give you more time to see if you can bring value for them.